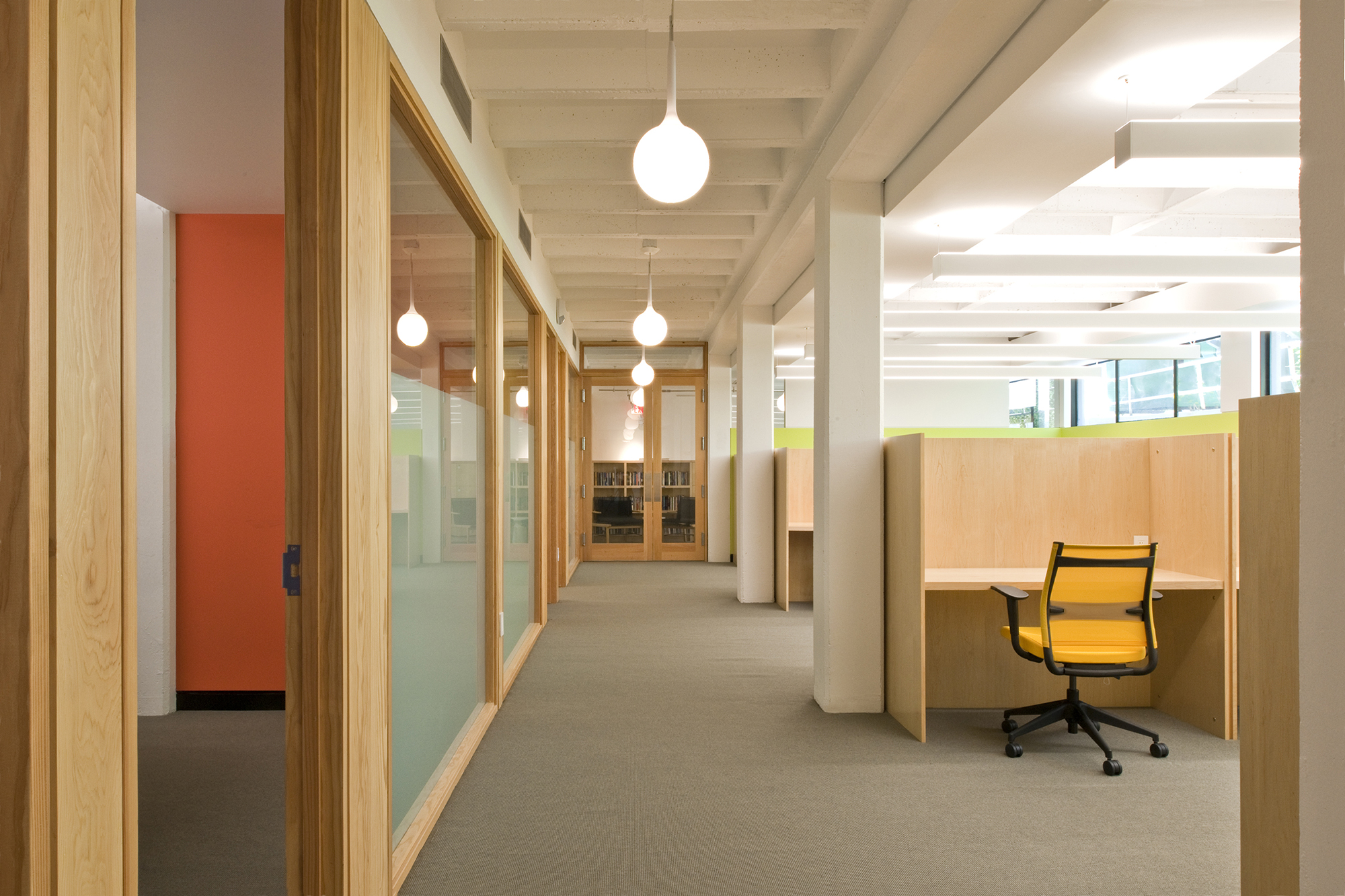 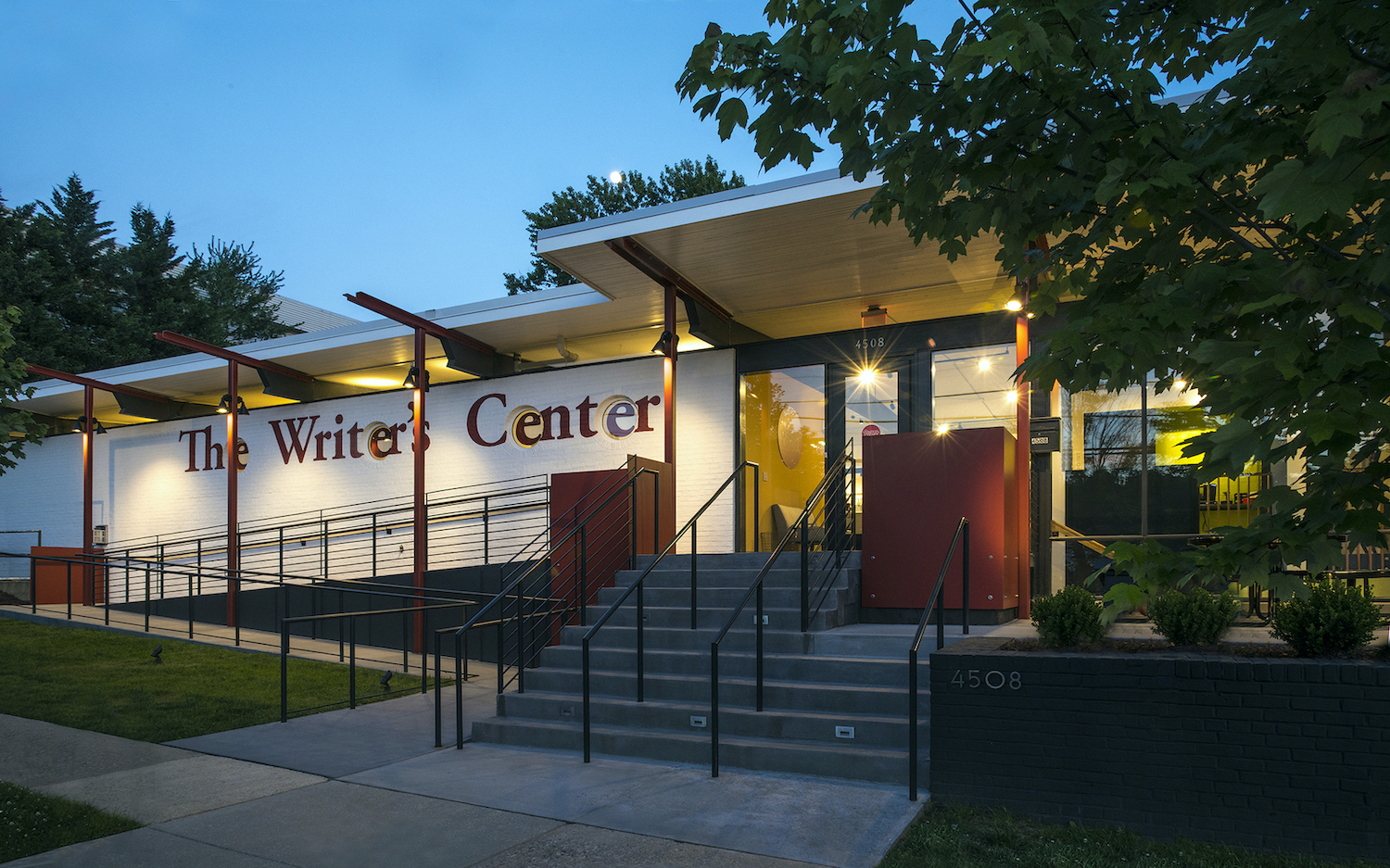 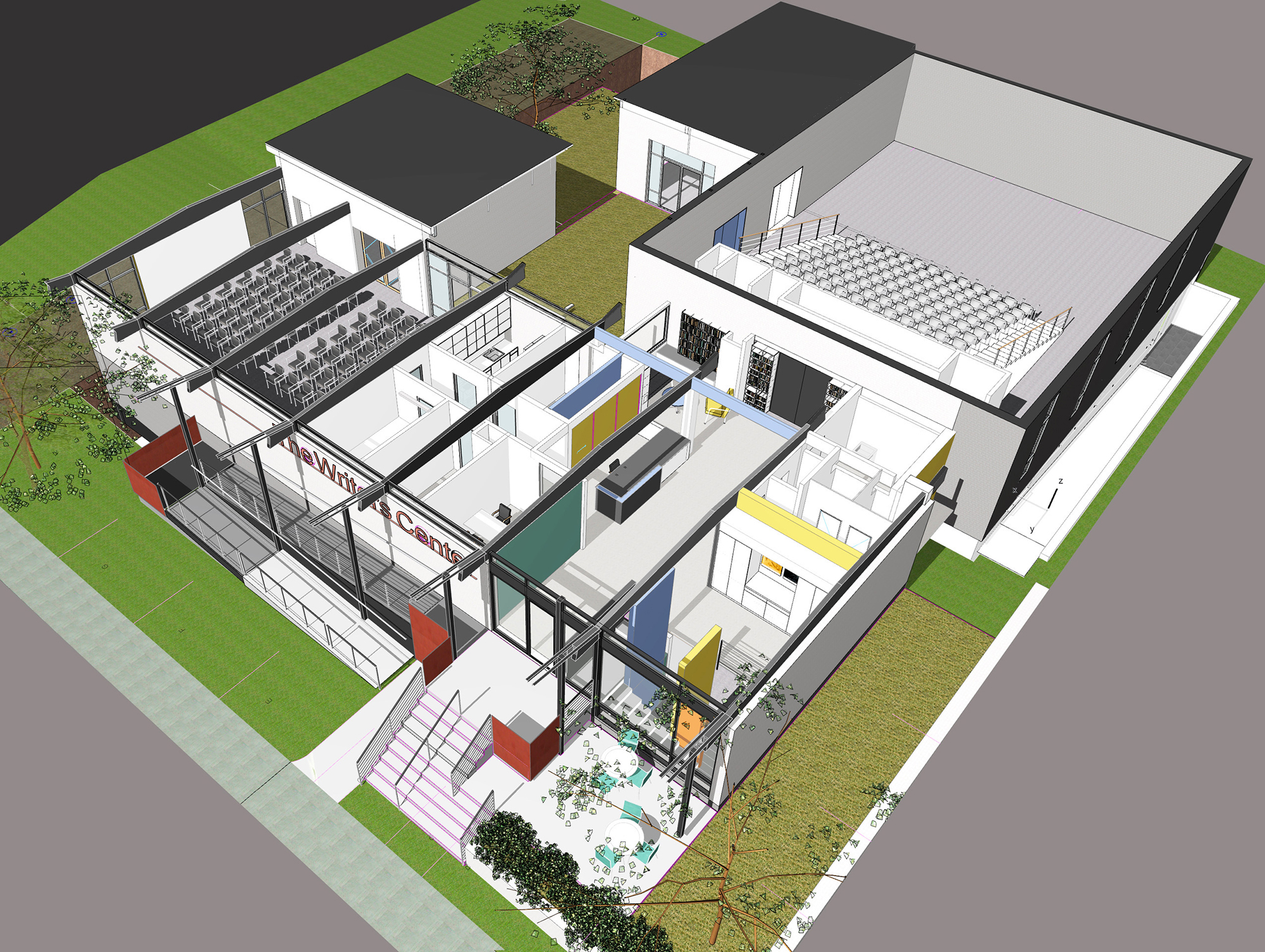 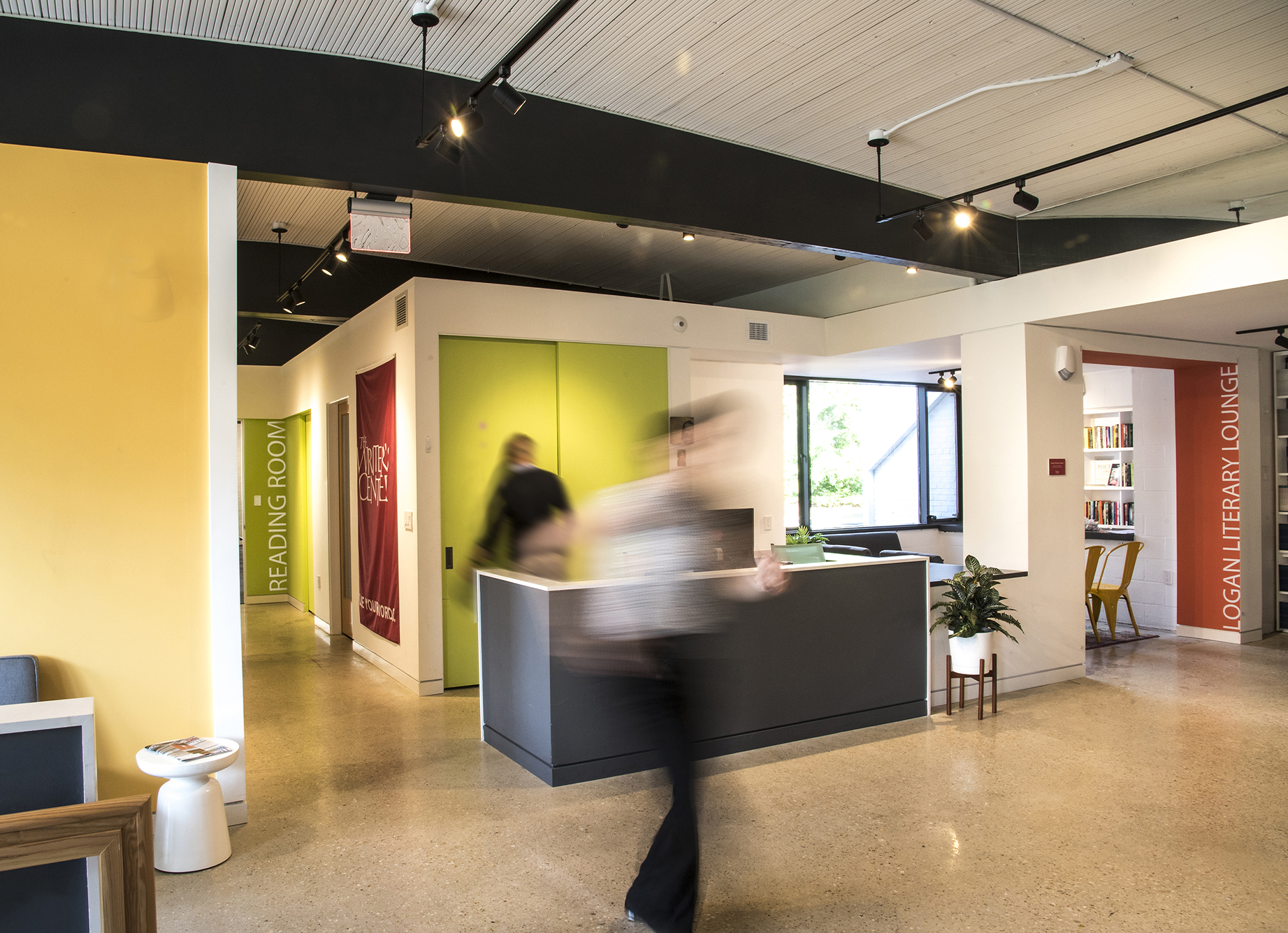 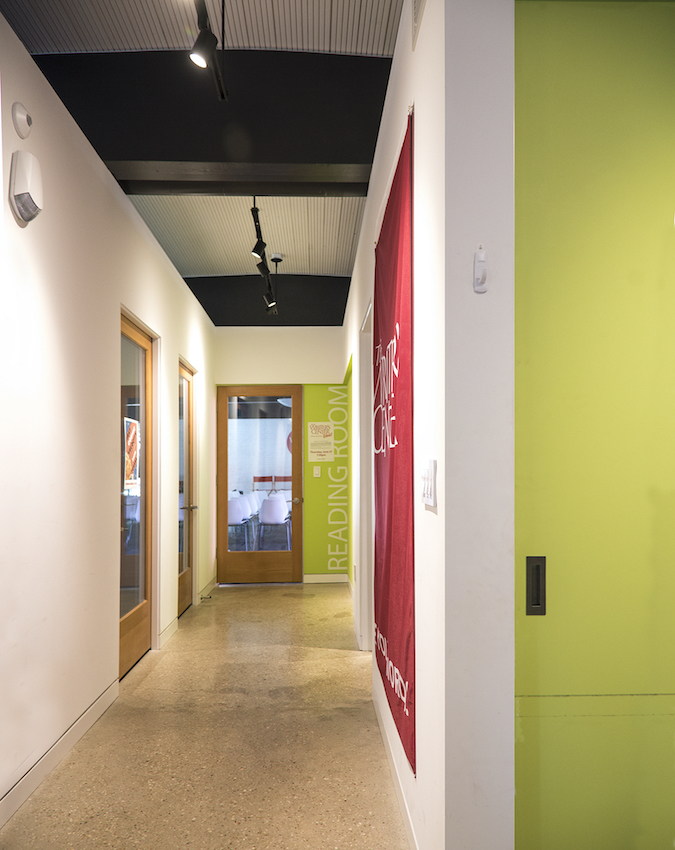 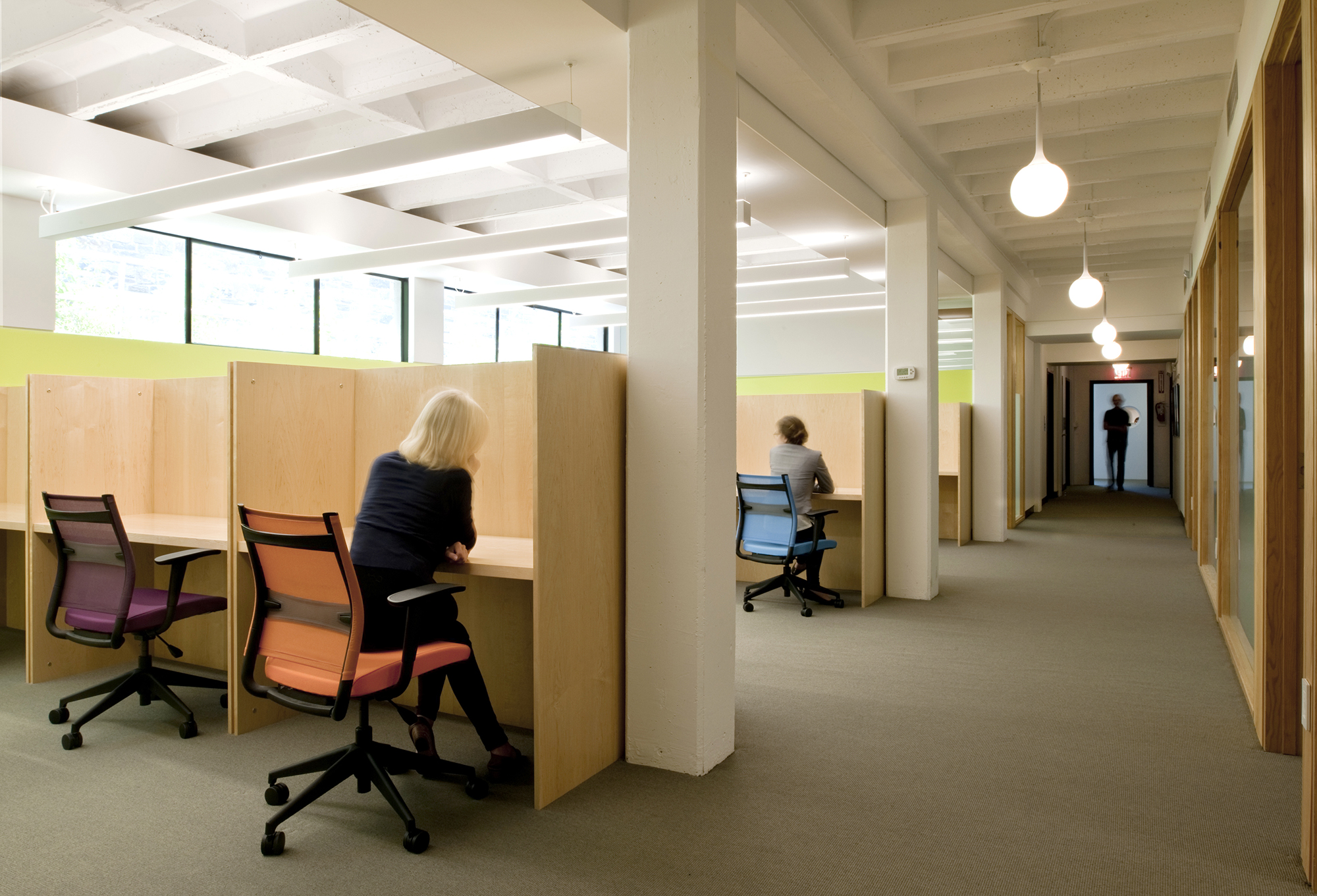 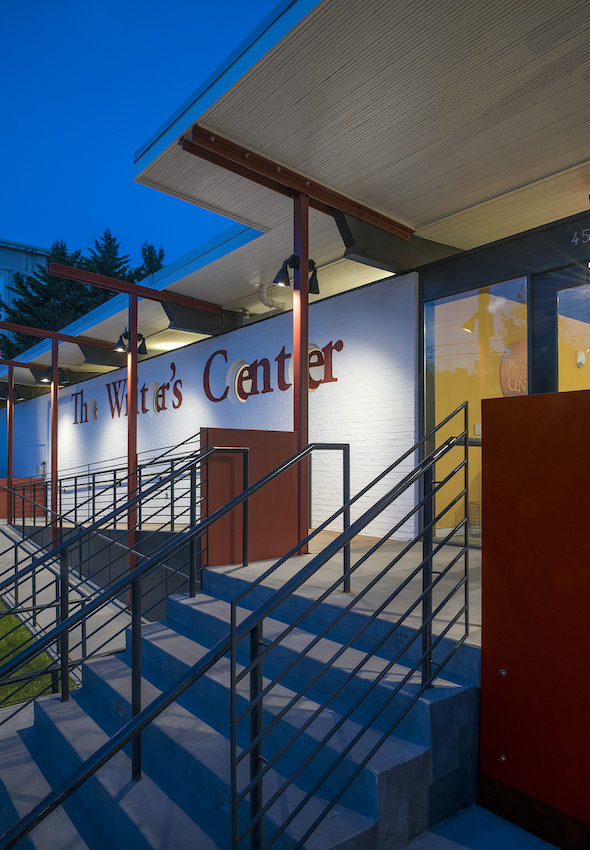 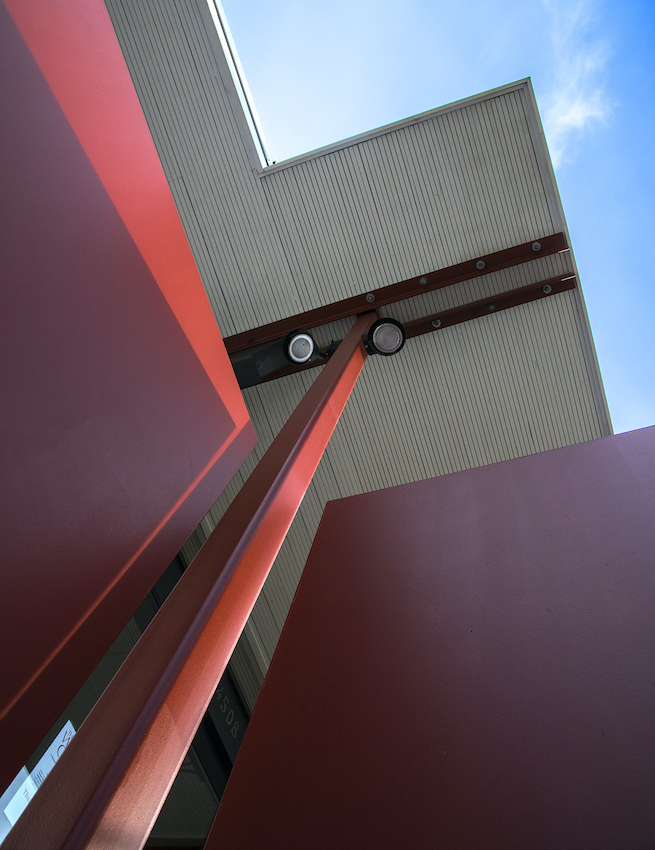 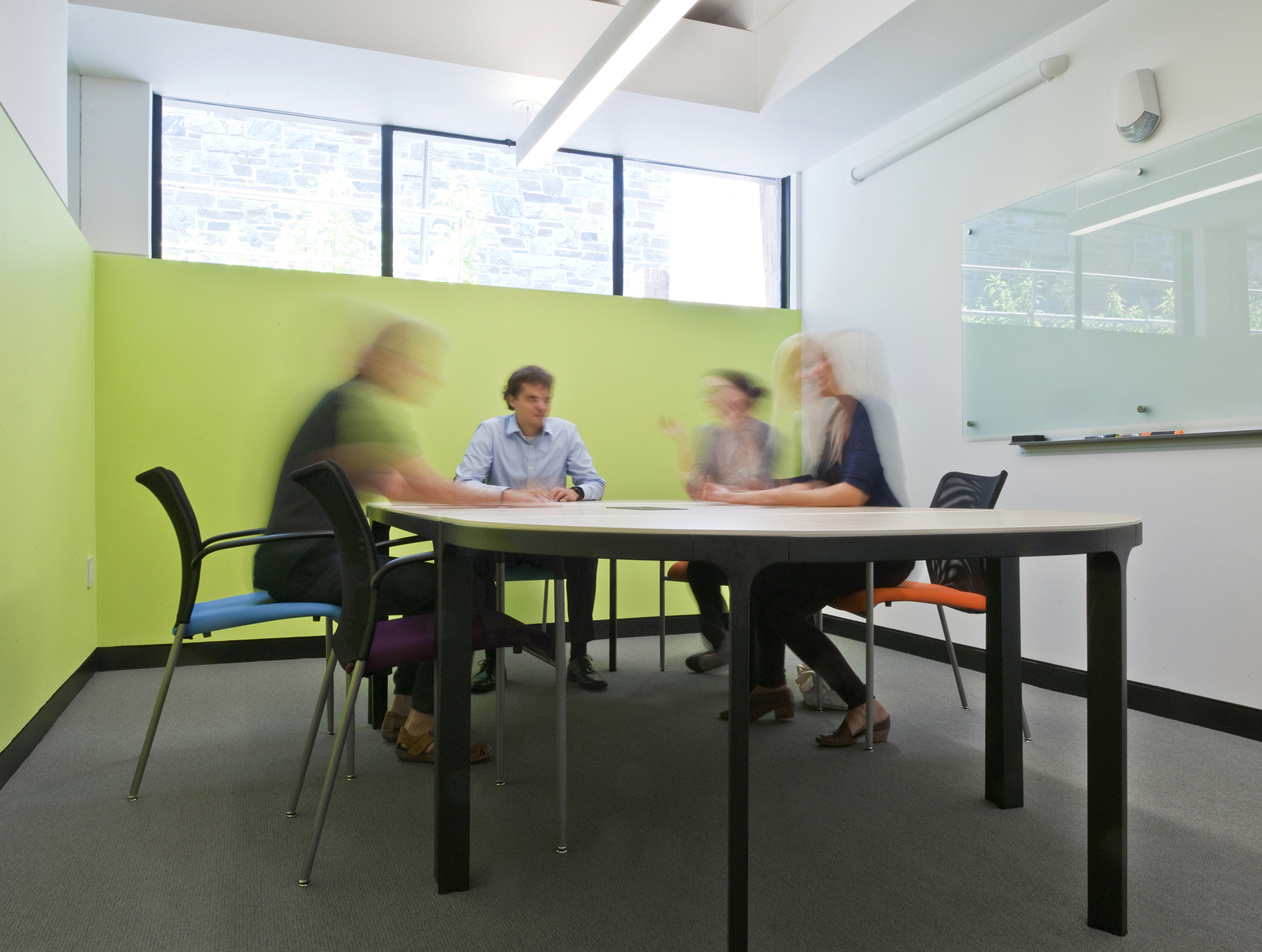 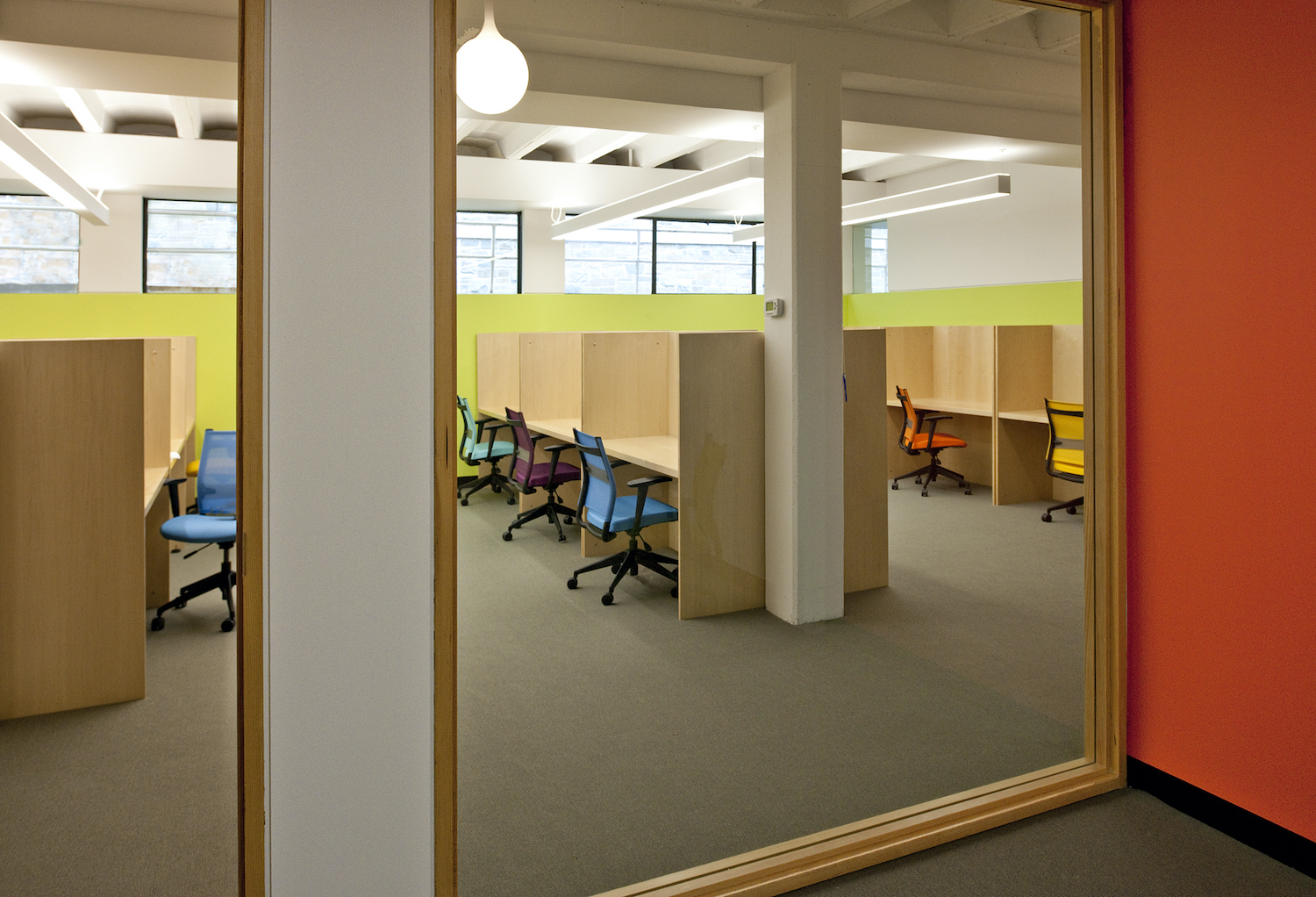 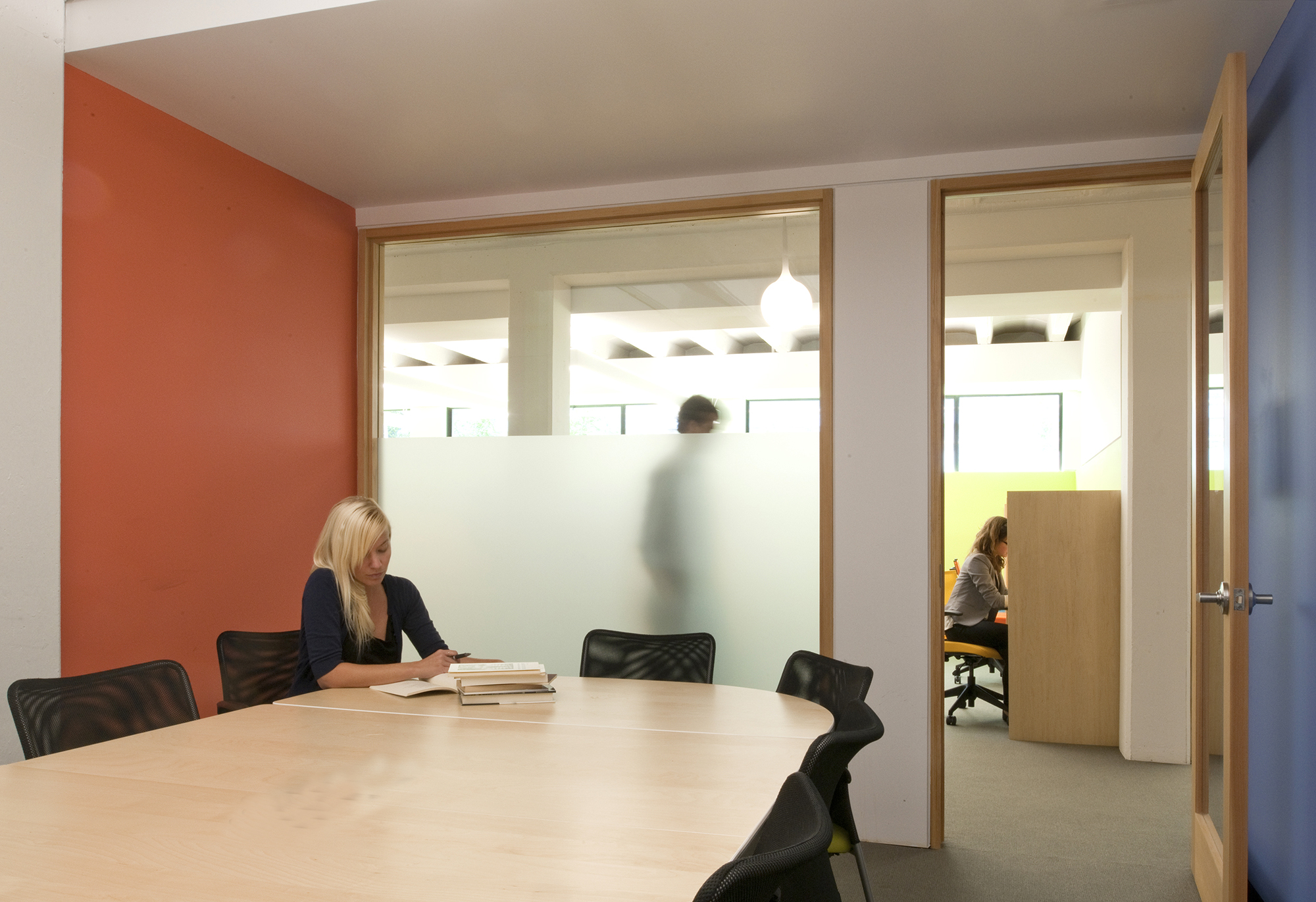 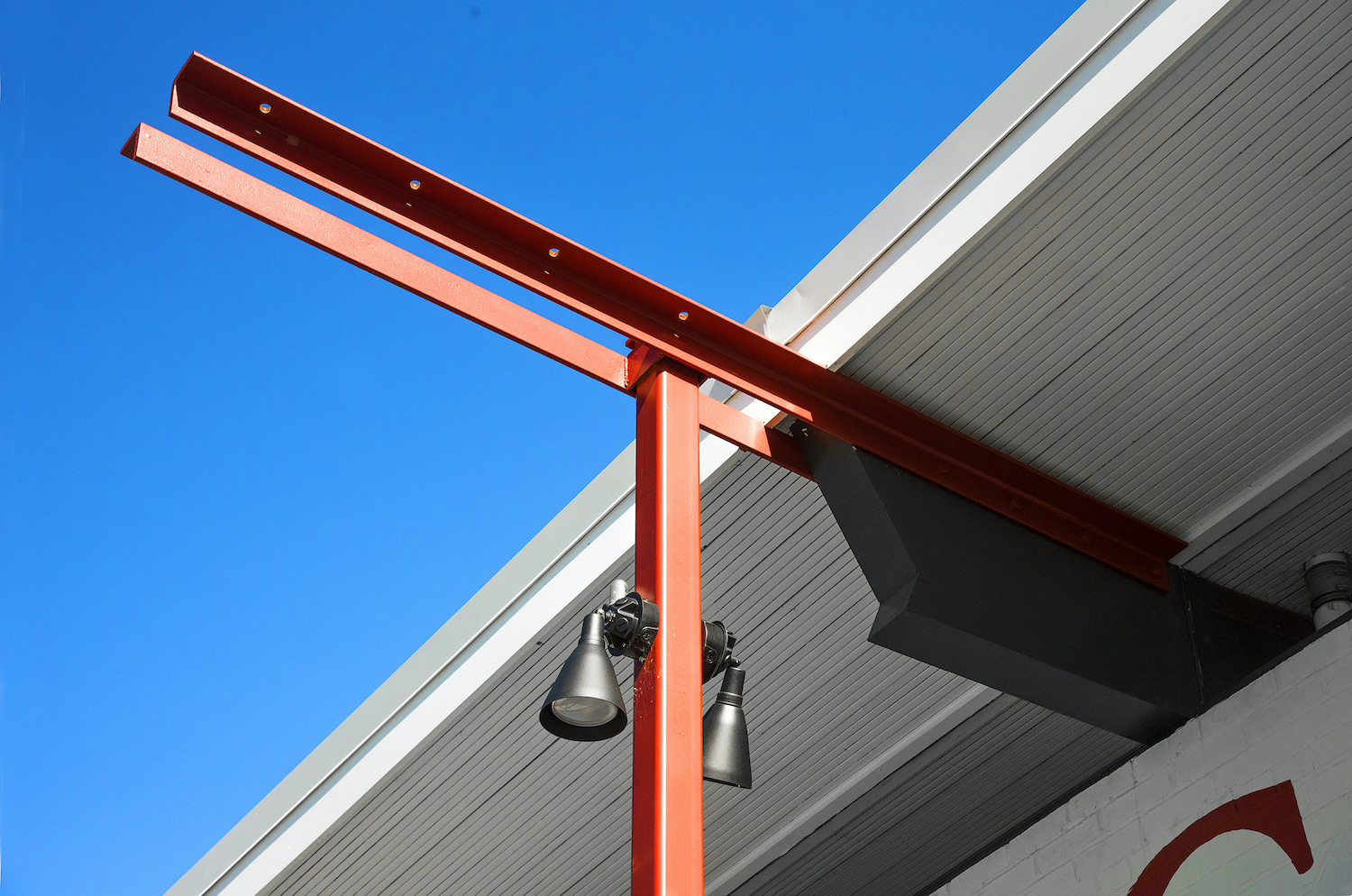 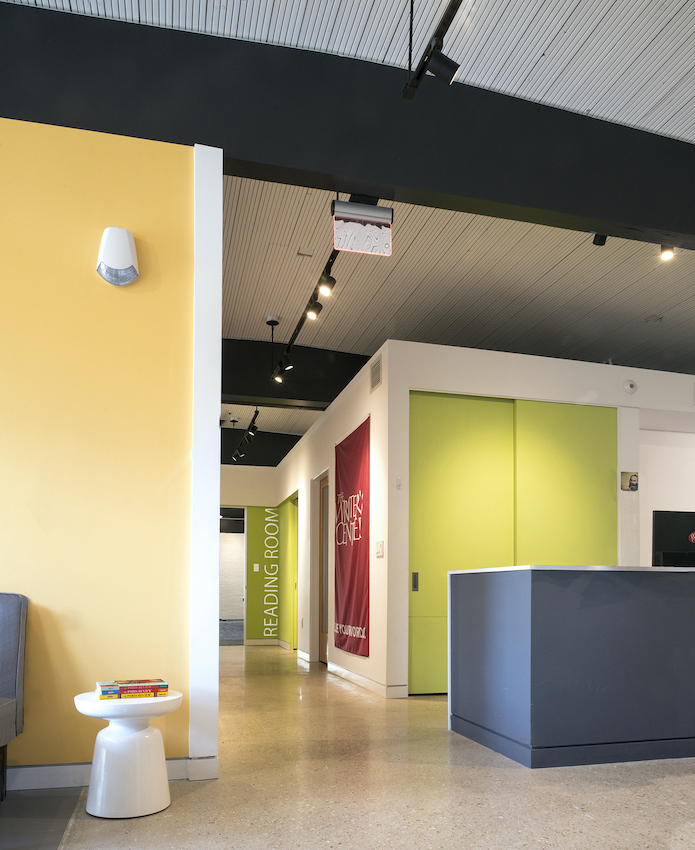 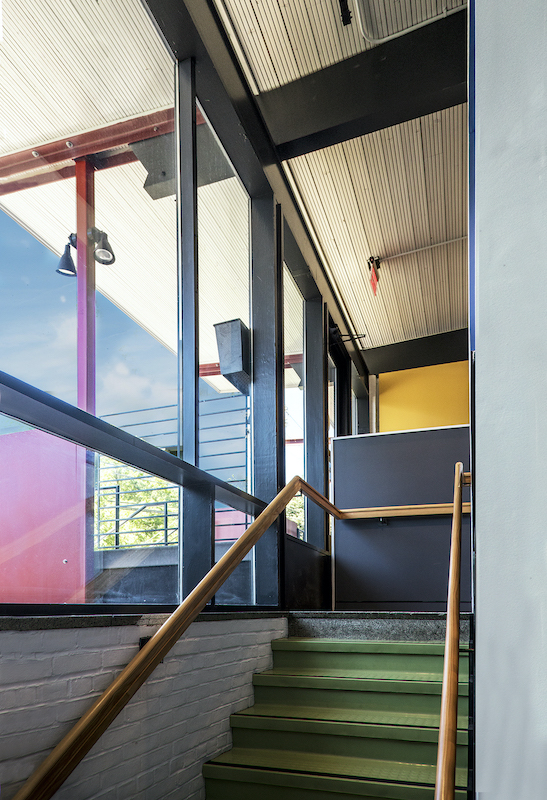 The Bethesda Youth Center, located just off Wisconsin Avenue in downtown Bethesda, was designed in the 1960s by the young firm of Keyes Lethbridge & Condon, who would go on to play a major role in the modern development of the Washington region. The Montgomery County-owned venue provided the local teenage community (including the architect of this renovation) with classes, dances, and other social activities.

The youth center closed in 1970, and the building spiraled downward, serving a variety of uses but chronically uncared for and poorly maintained.

Present day, and this midcentury modern building is now leased from the County as the home of the Writer’s Center. The community-centered nonprofit is dedicated to the creation of an independent home for the literary arts, nurturing writing talent and celebrating writers through classes, workshops, publications, and readings

The 1st phase of the renovation reorganized the lower level, basically a basement except for one line of high windows above a service ramp. Largely uninhabitable spaces were recaptured, asbestos abated, and offices and classrooms reconfigured, brightened, and rejuvenated.

Spaces were made ADA compliant in preparation for the 2nd phase, which would make the building fully accessible.

The now-efficient lower plan allowed space for additional classrooms, a lounge/coffee area, and the creation of a Writer’s Studio, where local writers can rent private work stations.

Daylight is maximized throughout by taking advantage of the windows along the original service ramp; glass walls in the classrooms extend the natural light into the formerly windowless spaces. Douglas fir woodwork and punches of vivid color further enliven what still is, but no longer feels like, a basement level.

The 2nd phase involved renovating the front of the house and the front of the building. From the sidewalk, the site and building were made fully accessible and welcoming in equal measure. A porch/ramp/ stair assembly was layered on to the existing facade to accomplish both goals, playing off the original structure and rhythms in a lighter and more delicate vocabulary.

Within, a new lift gives access to the lower level, the entry is opened up, with the reception and office areas reconfigured, bringing new life to the original Mid-Century building.