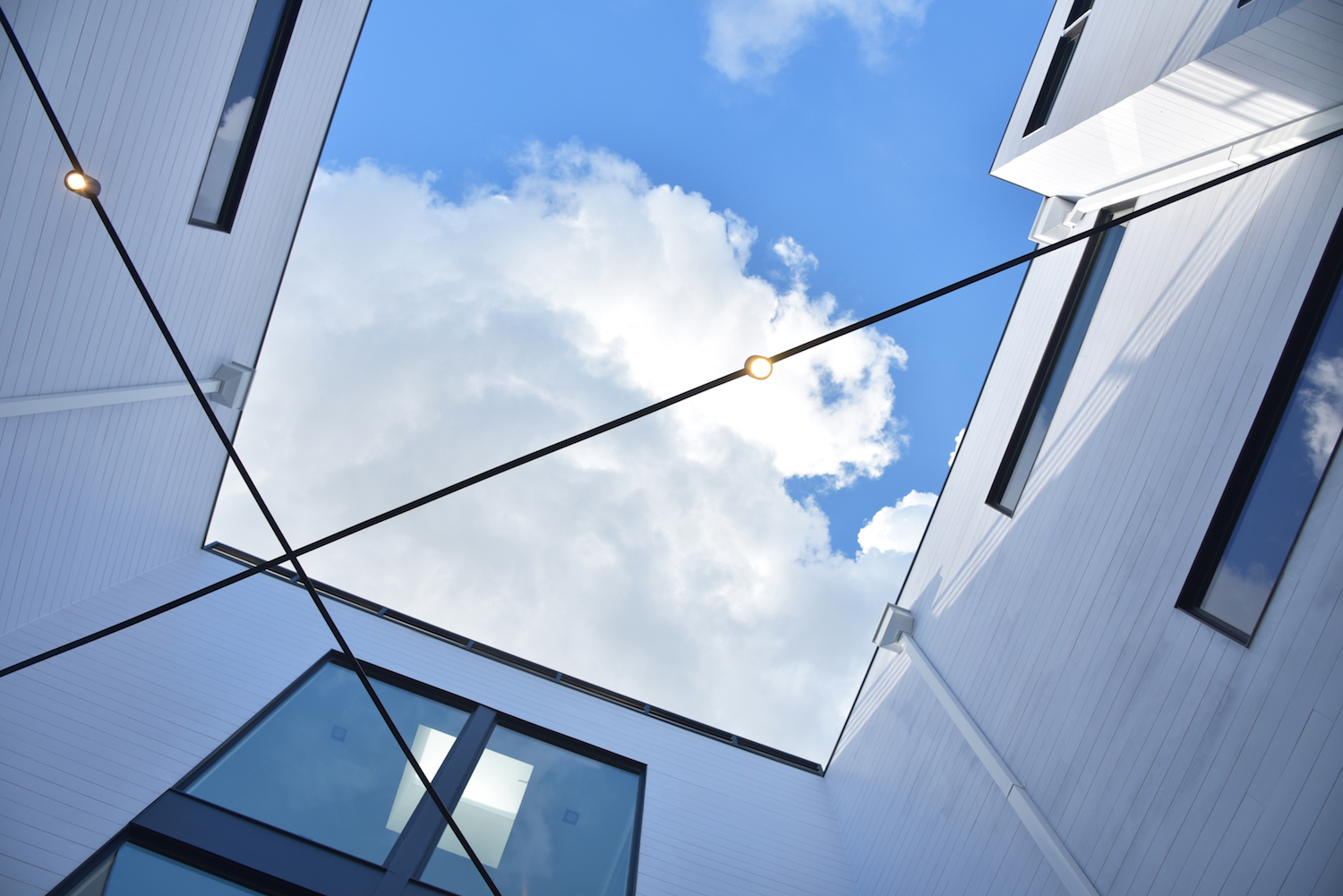 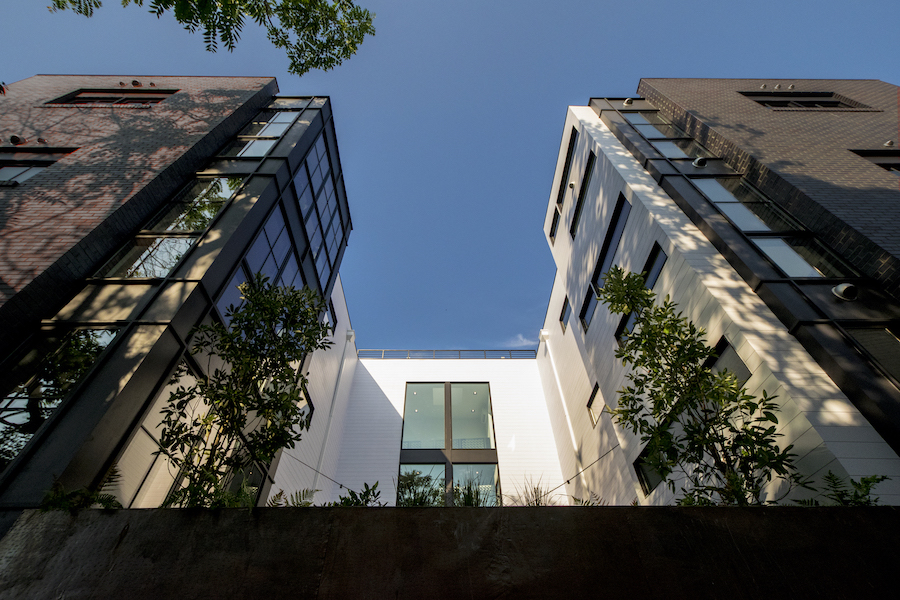 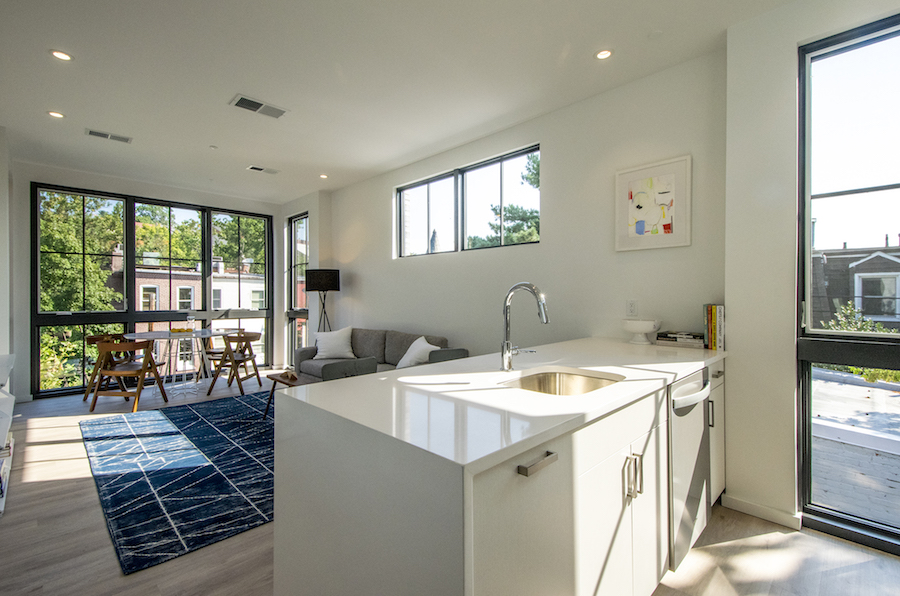 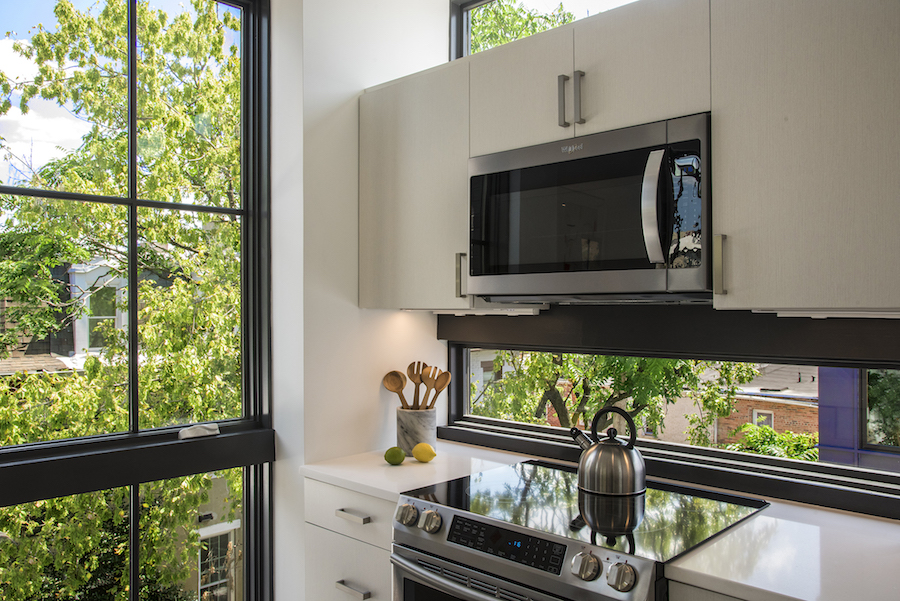 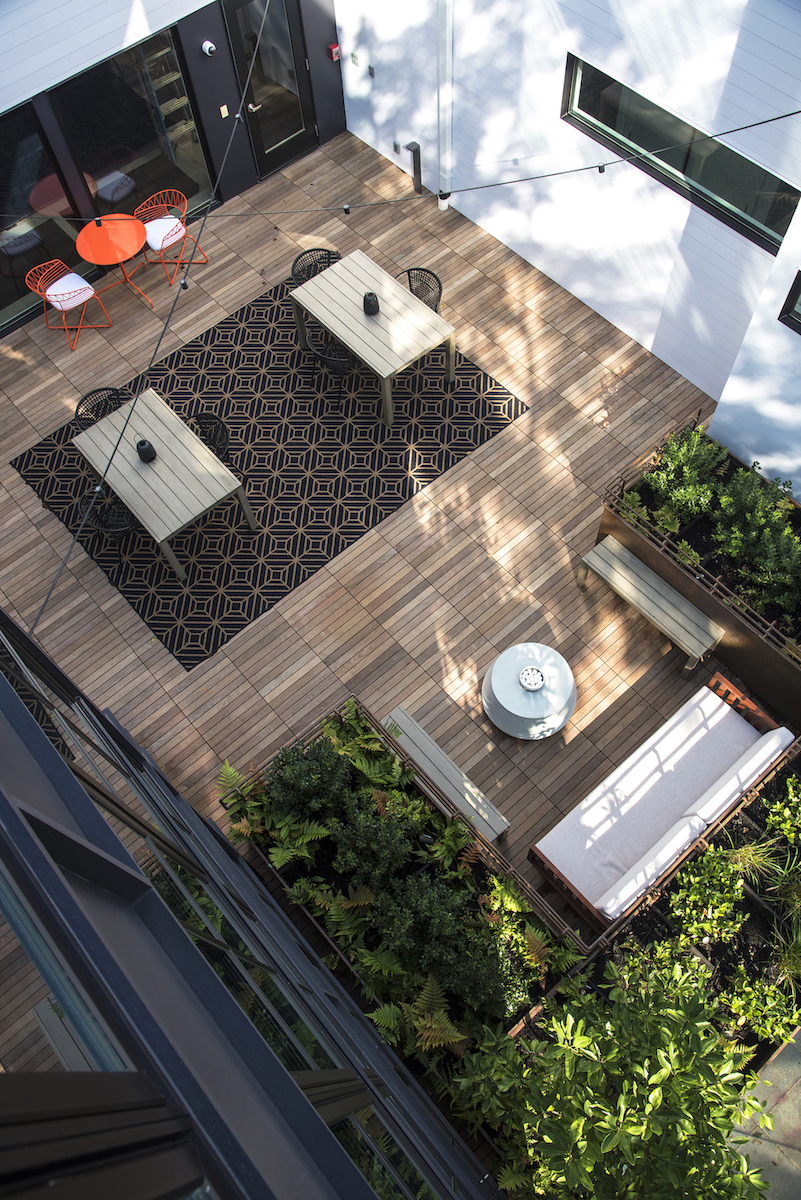 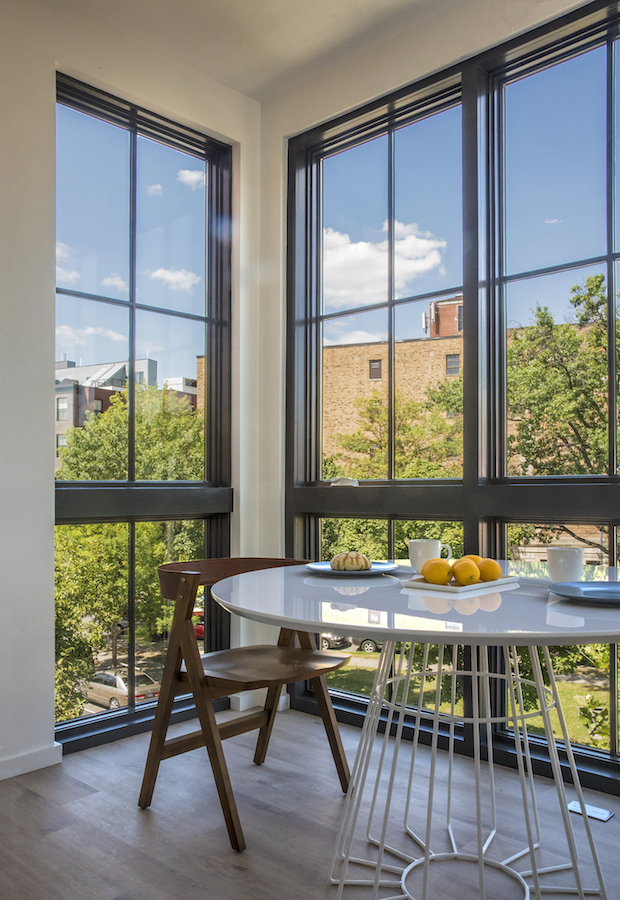 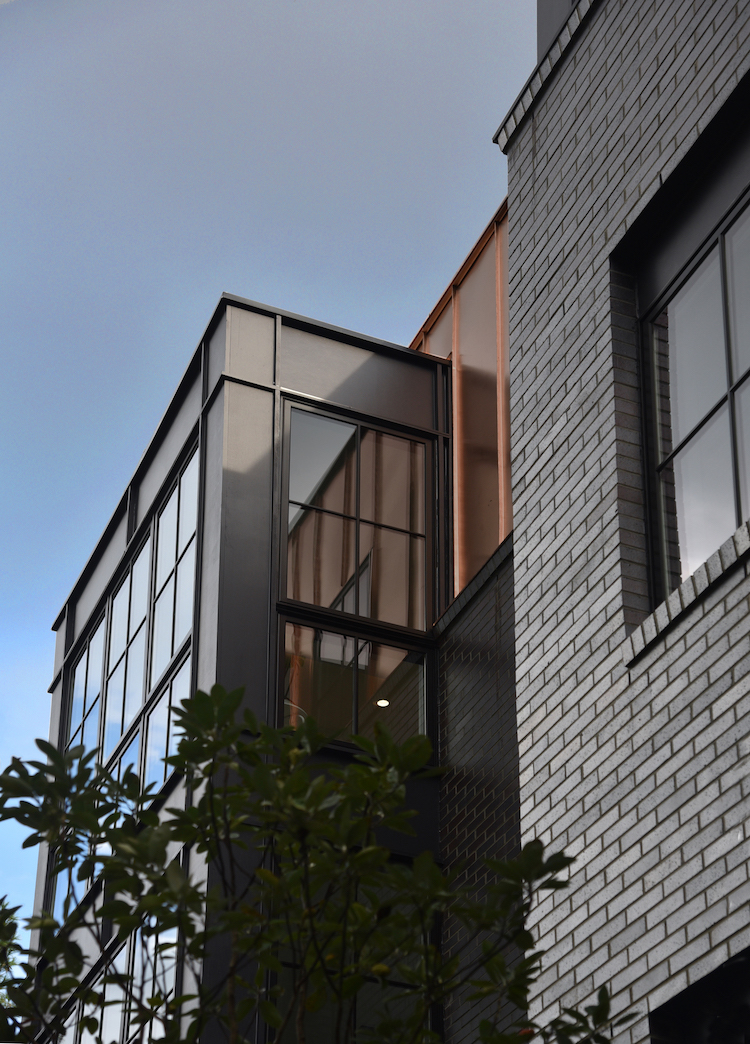 We were asked to design an eight-unit apartment building, composed of 2-4 bedroom units, targeted to DC’s young urban singles. The premise that the city was the true living and dining room was embraced. With an eye to that, the number of bedrooms, most with en suite bath, was to be maximized, and the common living spaces were to be airy, efficient, and smaller in size. The site fronts on a street of historic townhouses and has alleys both side and rear. We quickly realized that maximizing the by-rights footprint would also allow open space somewhere in the program. Rather than putting this in the rear, we chose to locate it in the middle, as a courtyard, creating an outdoor room for use by all of the residents. The courtyard also helps to break down the bulk of the alley side of the building, which could have been overbearing to the single family townhouses on the other side of the alley, and allowed the units to have light on three sides. All units are connected by a central hall and stair that overlooks the courtyard, so the sense of community fostered by the courtyard is central to the experience of all of the residents in their day to day comings and goings.

On the street, the rhythm of adjacent town houses influenced the massing of the facade. The two alley facades are also treated as architecturally important, in acknowledgement of urban pedestrian circulation patterns. The required Green Area Ratio was achieved through a system of planters in front, rear, and along the courtyard, and a vegetated green roof. Bike lockers are provided in the basement. The central metal stair was commissioned as part of VisionDC’s first Art Tank, a nonprofit program aimed at encouraging economic development through, and within, the creative community.