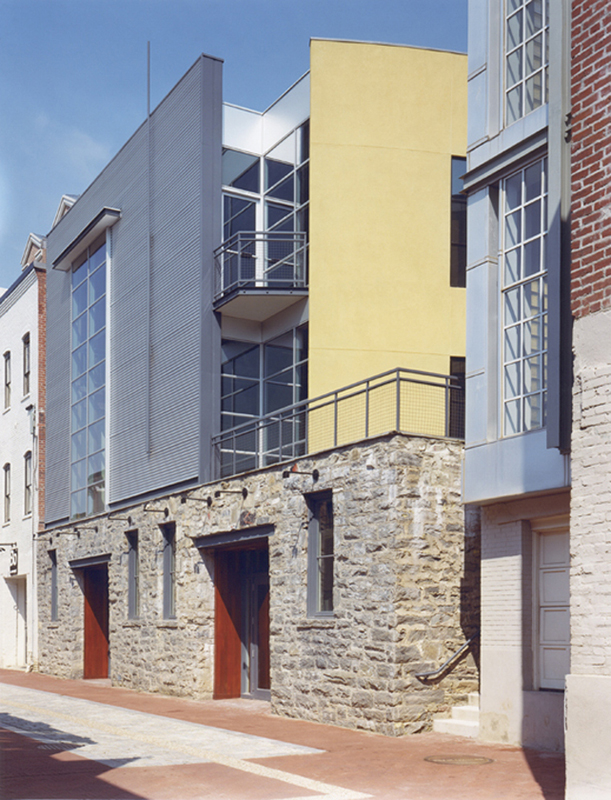 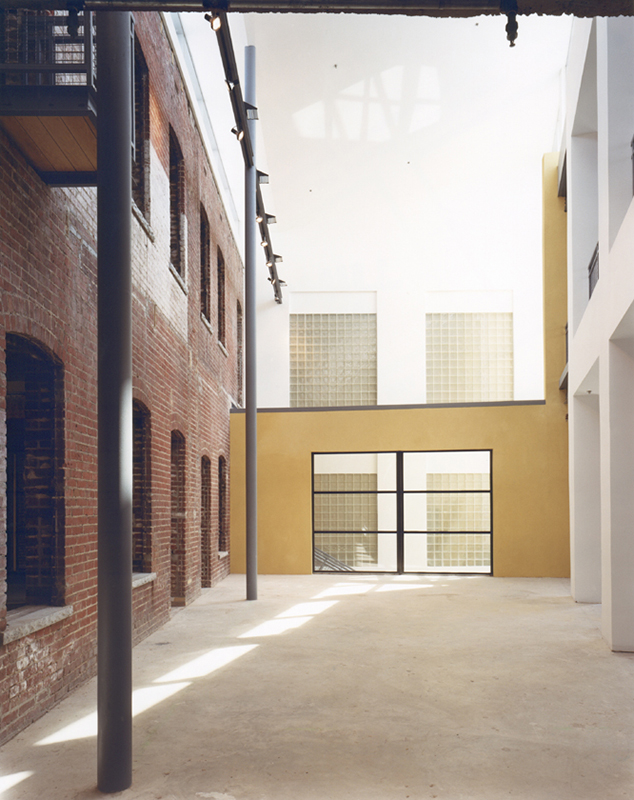 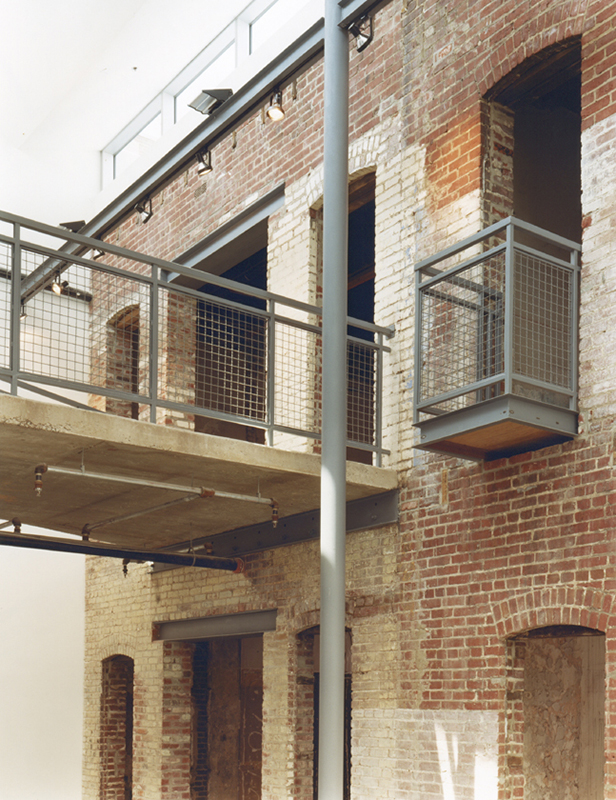 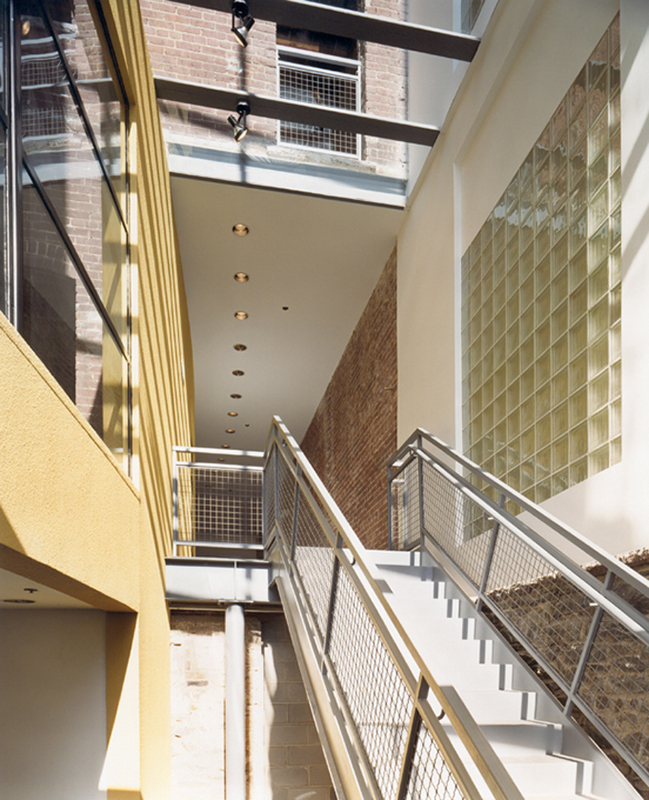 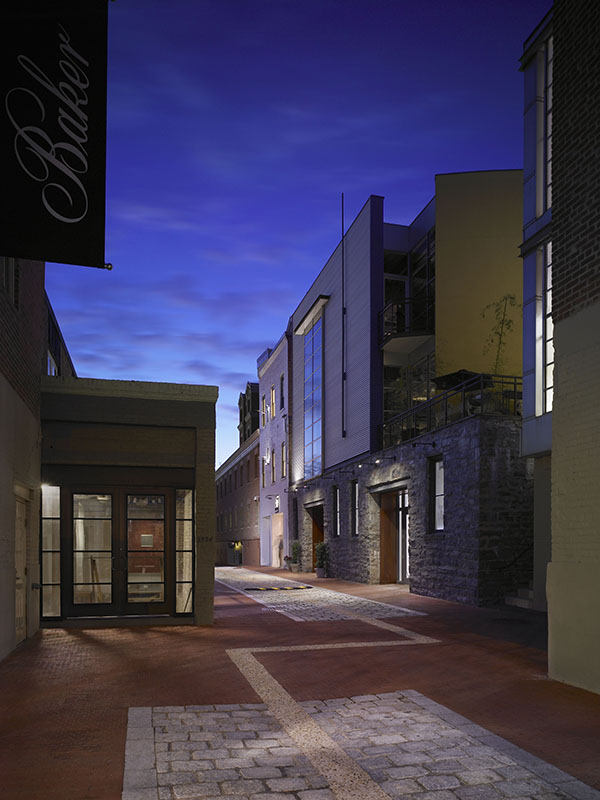 The project is located in the historic district of Georgetown, backing on to the old industrial buildings that line the C&O Canal. Tenants have yet to have been determined for this all-retail space, but furniture and/or design showrooms are the anticipated users, in keeping with the developer's overall plans for the complete block, which is geared toward design, furniture and furnishing retail spaces. The entire alley was planned and developed as a pedestrian shopping street, and our project is one part of this master plan, which incorporates designs by five Washington-area architectural firms.

In our project, a trio of turn-of-the-century townhouses on M Street have been combined with one adjacent stone building, originally a stable, on the alley. These are linked by a modern addition which occupies the original rear yards of the townhouses. The new alley facade is a modern metal and glass compositon sitting above the restored stone wall of the former stable. Throughout the design, historic elements – courtyard, stone facade, street facades, even graffiti – are preserved and interwoven with contemporary architecture and functions.

Connecting M Street and the alley, an internal pedestrian passage cuts through the building, following a continuous curved yellow stucco wall and emerging on the alley a full level below. This passage complements another passage further along the block, and together they perforate the continuous wall of buildings along M Street and facilitate circulation to and from the alley.