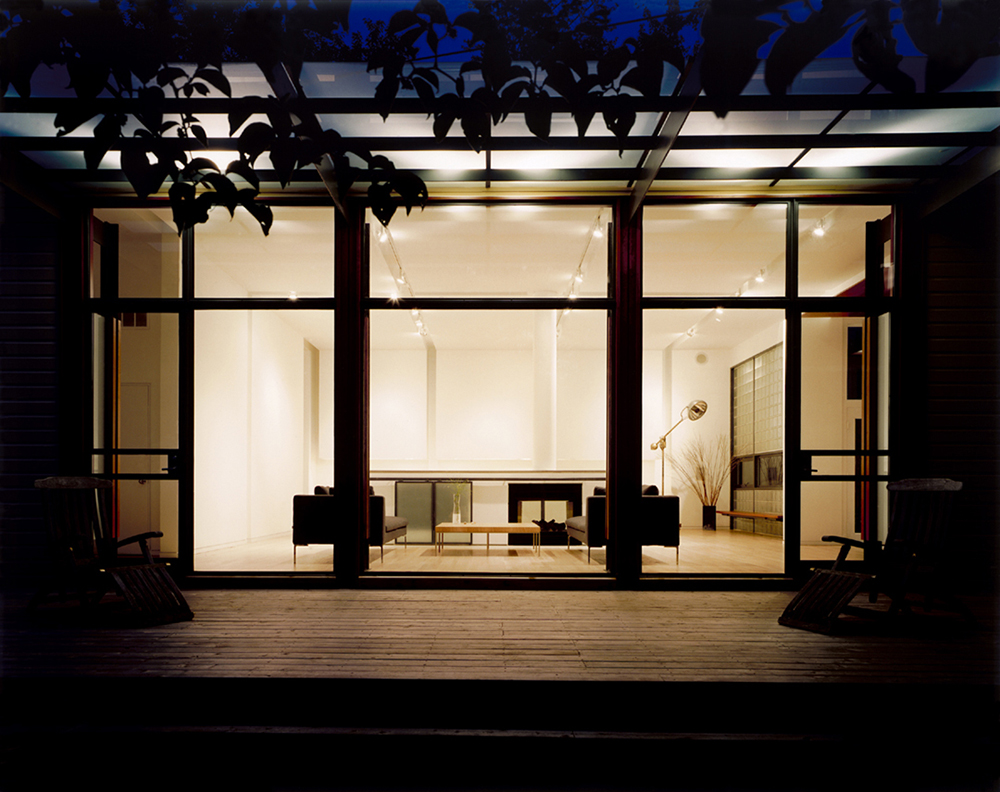 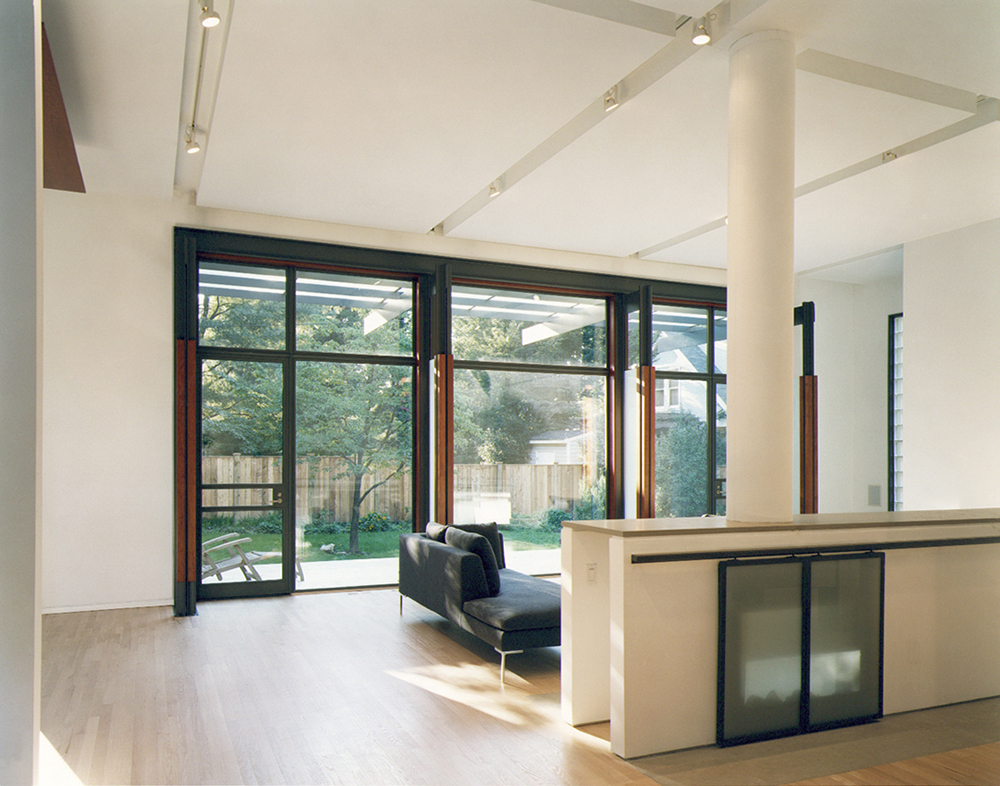 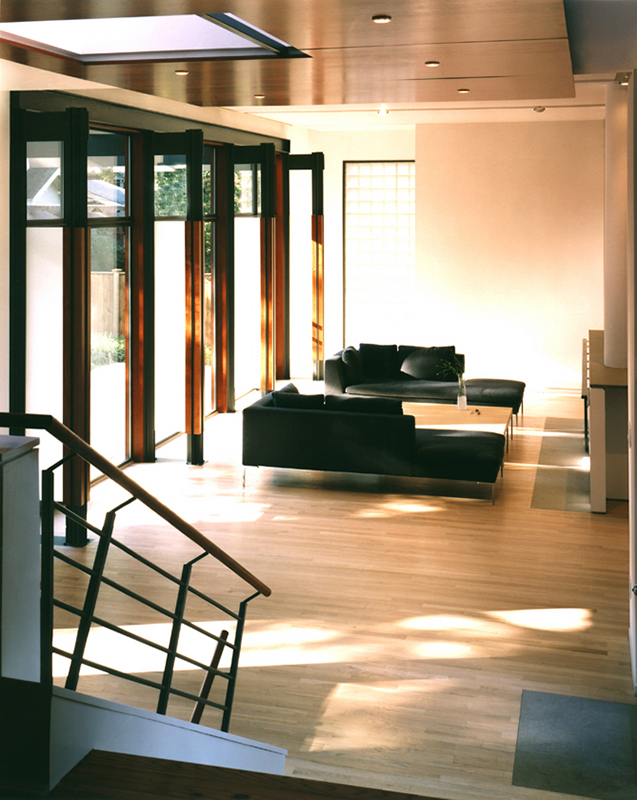 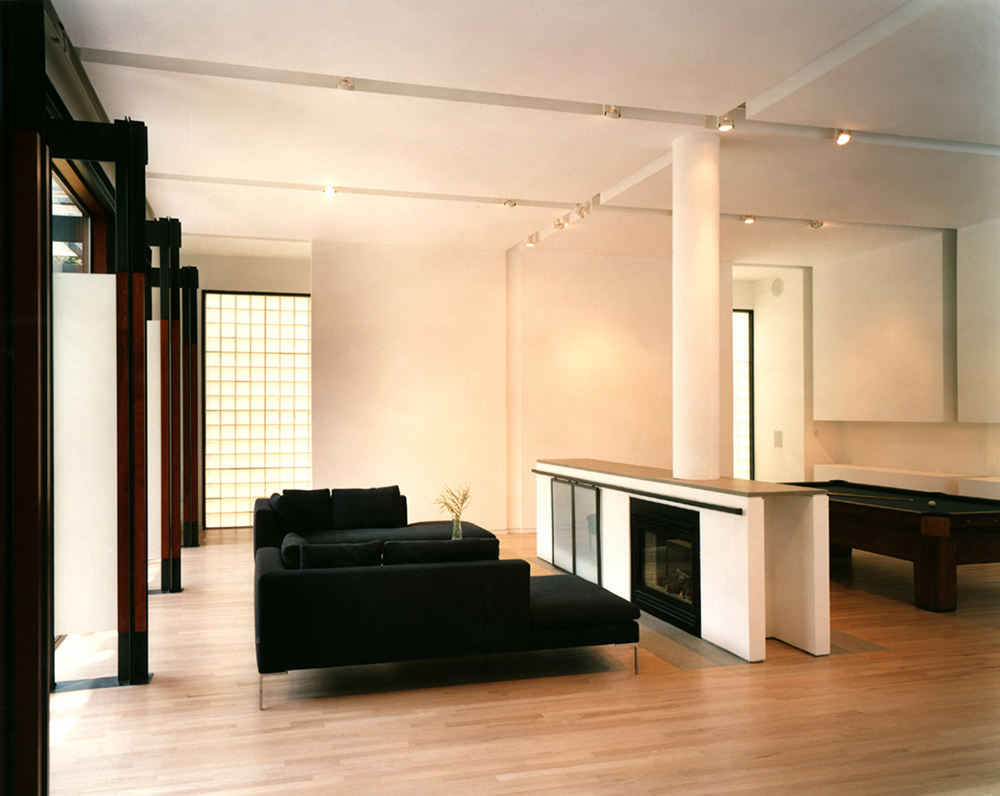 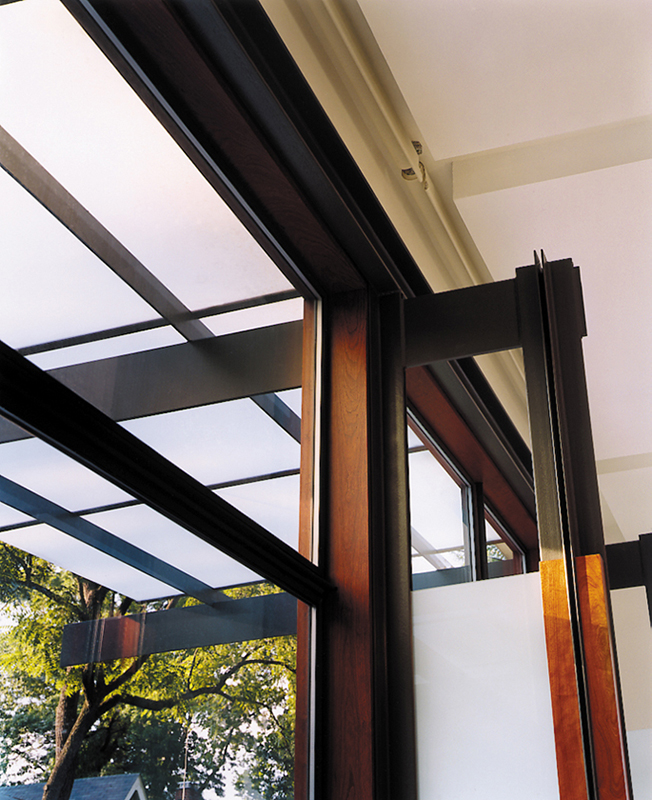 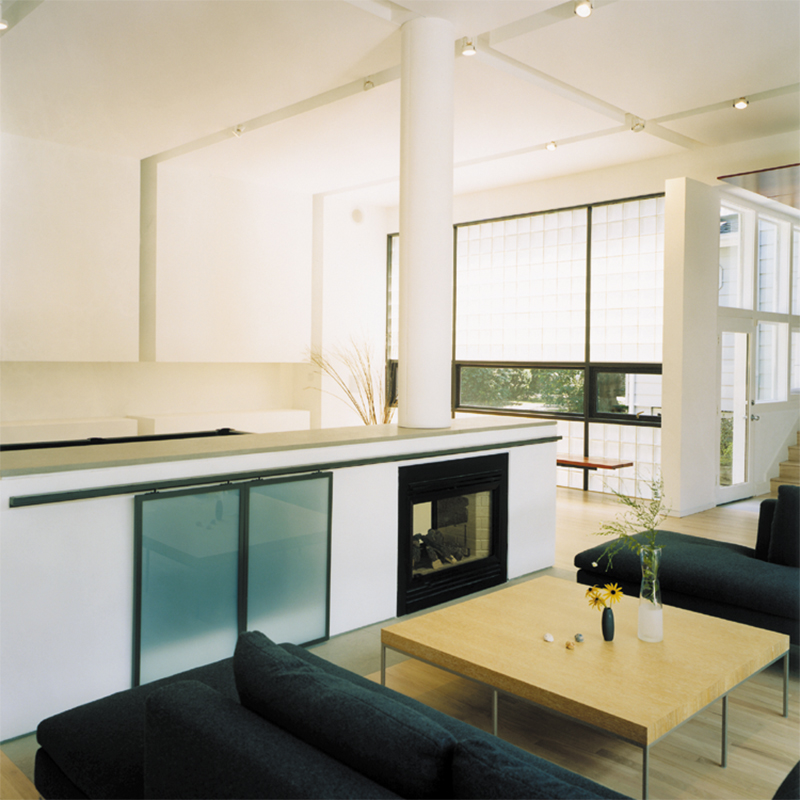 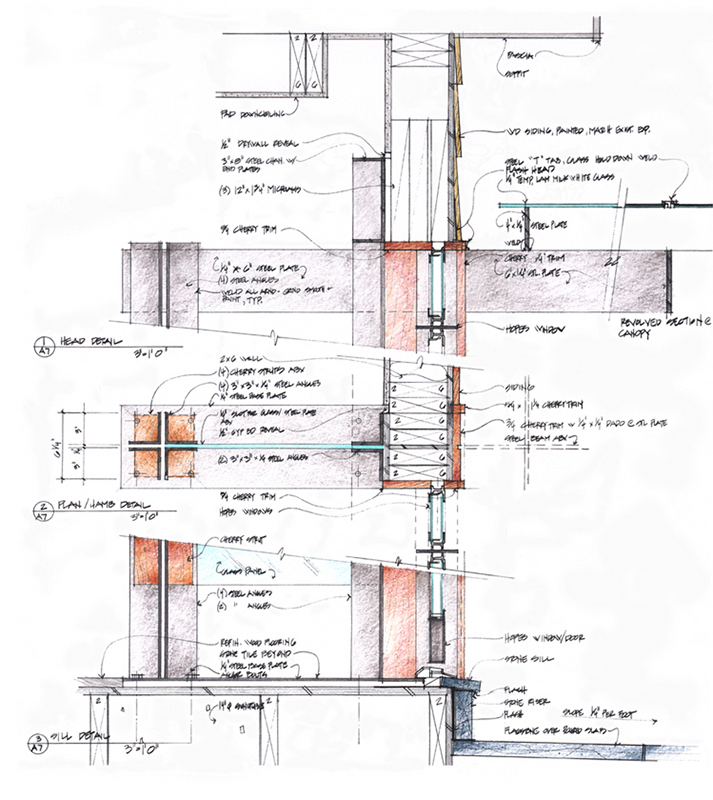 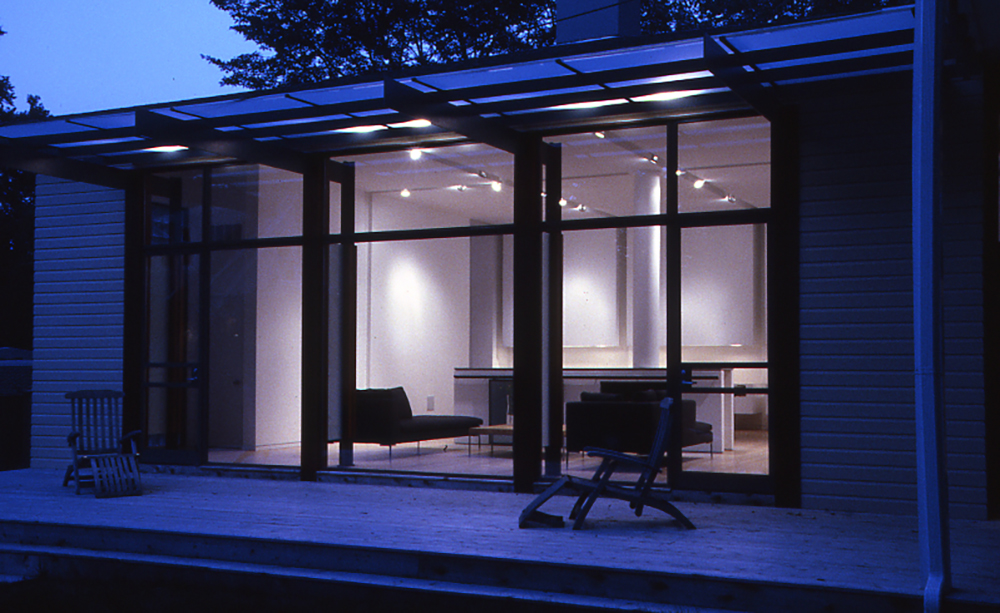 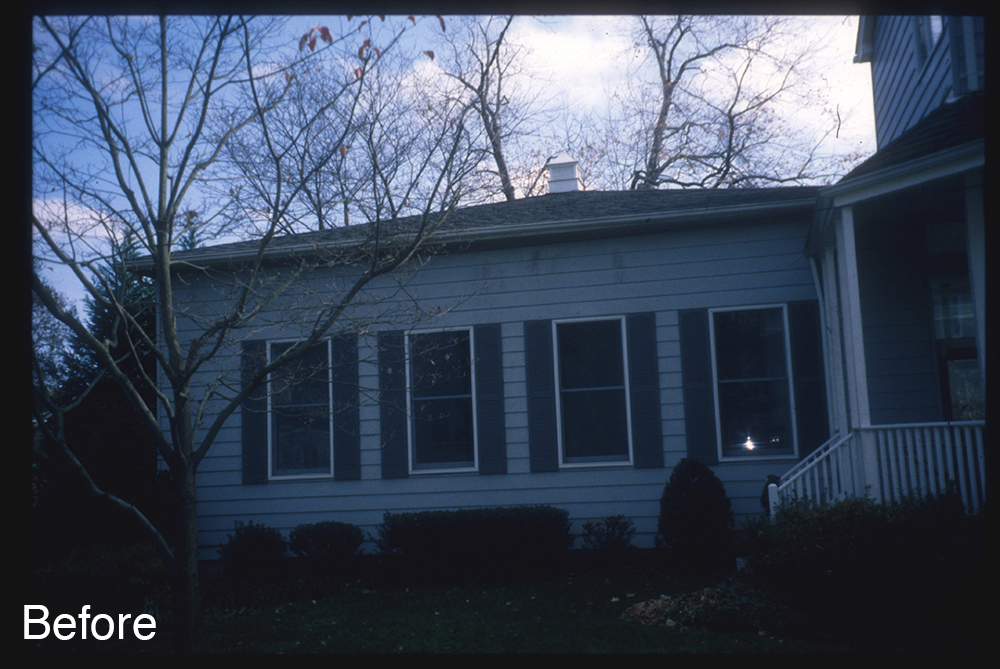 When our clients bought their 1920's four-square catalog house in an older suburb of Washington, DC they discovered a one story building of equal footprint in the backyard. Built as a photographer's studio, but never used when the neighbors shut it down, it was disconnected from the house by a hyphen that resolved a half-story level change. Our job was to integrate this room into the life of house and family.

We did this by opening up the connection between the two areas and giving the resulting family room a strong orientation to the wide side-yard garden. A spare modern aesthetic contrasts with, and compliments, the existing house. e existing house. Steel windows, glass block for privacy from neighbors, and a column-free porch adjust the room to its various orientations.

Givel windows, glass block for privacy from neighbors, and a column free porch adjust the room to its various orientations. Given the generous dimensions of the room, it was possible to articulate walls and ceiling by projecting surface planes into the space without sacrificing function. Reveals between the planes conceal lights and blinds. Sparsely furnished, there is a television behind rolling doors, a fireplace and a pool table. A cantilevered bench on a glass block wall invites repose while the owner runs the table.